The atomic nucleus forms a unique laboratory where different interactions (strong, weak, and electromagnetic) and particles meet. The relevant degrees of freedom depend on the energy and distance scales, and range from collective coordinates and A-body systems of protons and neutrons at low energies, Hadrons (Baryons and Mesons) at intermediate energies, to quarks and gluons at high energies. The diversity of phenomena and simple patterns observed in nuclei, in spite of their apparent complexity, is the result of the fundamental interactions acting between the constituents, their internal and in-medium properties and the underlying symmetries that govern their behavior.

The study of nuclei and their constituents is a challenge. It exemplifies a strongly correlated finite quantum system at work, a test ground for new phenomena awaiting to be explored by a variety of probes and, most importantly, incorporates a fruitful exchange between experiment and theory. The research carried out the Racah Institute embraces a wide range of topics, from the single-nucleon to an ensemble of nucleons. Current activity includes:

The group is prolific and highly-regarded internationally, with strong collaborative ties in leading
research institutes and laboratories worldwide.

Members of Nuclear and Hadronic Physics 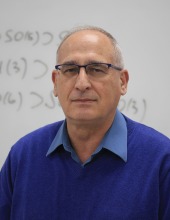 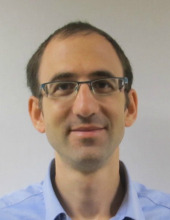