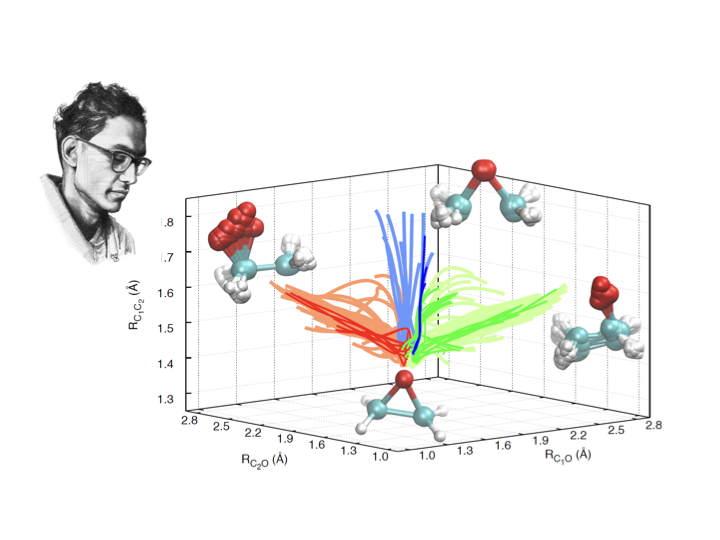 Location:
Place: Levin building, Lecture Hall No. 8
Lecturer:
E.K.U. Gross, Fritz Haber Center for Molecular Dynamics, HUJI
The paradigm of electronic-structure theory where electrons move in the static Coulomb potential of clamped nuclei, and where nuclei move in the lowest Born-Oppenheimer potential-energy surface is an idealization hardly ever realized in nature. Non-adiabaticity, i.e. effects of the coupled motion of electrons and nuclei beyond the Born-Oppenheimer approximation are found everywhere.
Apart from non-adiabatic corrections to the electronic and phononic band structures, some of the most prominent non-adiabatic phenomena are laser-induced structural phase transitions, the process of vision in the human eye, the molecular geometric phase and, maybe most importantly, the phenomenon of decoherence, best known as a nuisance preventing quantum computing. In this lecture a unified approach to non-adiabaticity, known as the exact factorization, will be presented.
Starting from the full many-body Hamiltonian of interacting electrons and nuclei, we deduce a
formally exact factorization of the full electron-nuclear wave function into a purely nuclear part and a many-electron wave function which parametrically depends on the nuclear configuration and which has the meaning of a conditional probability amplitude. The equations of motion for these two wave functions provide an ideal starting point to develop efficient algorithms for the study of non-adiabatic phenomena. The successful prediction of laser-induced isomerization processes, the ab-initio description of decoherence, calculations of the molecular Berry phase beyond the Born-Oppenheimer approximation and accurate predictions of vibrational dichroism will demonstrate the power of the approach.
Racah colloquium