The Racah institute is delighted to announce that Prof. Tsvi Piran has been awarded The Marcel Grossmann prize as part of the 16th Marcel Grossman meeting.
Prof. Piran received the prize for his contributions to Relativistic Astrophysics and in particular to the understanding of gamma-ray bursts, neutron star mergers, gravitational waves and black holes.
The prize is named after Marcel Grossmann, a mathematician and a close friend of Albert Einstein who helped him formulating the mathematical foundations of the general theory of relativity. The prize, a sculpture describing a Kerr black hole (see image), was awarded in a virtual ceremony during the 16th Marcel Grossmann meeting. Other recipients of the prize this year are Prof. Steven Weinberg from the University of Texas, Prof. Gerard Hooft from the Netherland, Prof. Demetrios Christodoulou from Zurich. Institutional awards were given to the Max Planck Institute from Germany, The Russian Space Research Institute and the Lavochkin Laboratory for the development of the new space X-ray telescope GRG/eRossita. 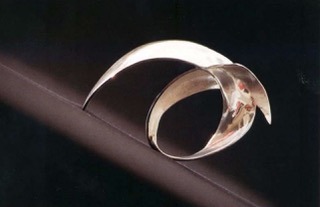