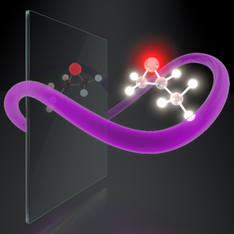 Location:
Place: Levin building, Lecture Hall No. 8
Lecturer:
Oren Cohen (Technion)
Selection rules in nonlinear optics determine which radiation modes are Traditionally, the theory accounts for symmetries of the medium only. I will first present a more general theory in which the selection rules are derived from the space-time symmetries of the entire system: medium and light. Utilizing this approach, we discovered numerous new selection rules, e.g. processes that conserve the polarization ellipticity of the radiation. I will then present applications of the new theory for ultrafast spectroscopy and for describing a new type of light – ‘synthetic chiral light’. This light is characterized by a new intrinsic property of electromagnetic fields that evaluates the chirality of the polarization vector trajectory in time. Synthetic chiral light interacts with chiral matter extremely selectively, even in processes in which circularly polarized beams act as achiral objects.
Racah colloquium